Culture is built from the ground up. But that’s not always how the decisions are made.

If you work in the arts for any period of time, after a while you sort of ‘sense’ that culture is filled with ‘gatekeepers’ – decision-makers who control the tiny resources allocated to arts and culture. These gatekeepers, often heavily influenced politically, define and control what gets made. In a situation where many activities are is monetised, like in Australia, there is just too much poverty outside of that all-pervasive logic. Increasingly, the gatekeepers are intertwined with Big Tech. Things that should probably exist outside the sphere of money, things that are pre-requisites to art – like ‘time’, ‘empathy’, or ‘attention’– are translated into categories of numerical value, with Big Tech at the sharp end of this weaponisation.

There is a lot of focus on the politics of gatekeepers – particularly their perceived biases – as identity groups reach for more visibility and representation. There is less focus on the problem of their existence itself. The concept of ‘gatekeeper’ is a particular manifestation of cultural power. It puts the artist in position of ‘someone to be decided upon’, using a set of subjective (arbitrary) criteria. 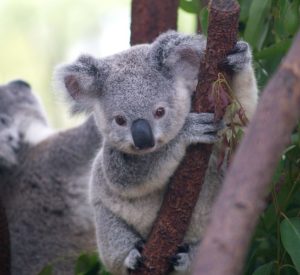 Artists have different approaches to this powerless position. Some of this negotiation is a healthy process of reviewing the aesthetic criteria for art, which should always be under review. Some of it heads in a strange direction, one very emotional, and something like a desperate reaction to this powerlessness.

Here the artist finds a match in contemporary labour trends, where the objective is, as much as possible, to avoid doing labour at all, while climbing the hierarchy of decision-making. The perfect position for today’s neoliberal individual is as a type of managerial ‘overlord’. The objective is to keep a clean image, to be attractive to funders, institutions (and, increasingly, to algorithms). It is to become this ‘gatekeeper’, and to avoid at all costs the position of asking (or demanding) for the gate to be opened – very much like Oliver Twist in the beginning of the movie OLIVER!, we are holding out our hands, pleading for more. As an artist, you don’t wanna be Oliver Twist – you wanna be Mr. Bumble.

We received a lot of applications for Faki Festival, and a lot of them were very valid projects. Those artists that were deeply engaged in ‘the shit’ of culture were the ones the selection committee gravitated towards, because that is, in some way, what the festival is about. Faki is an intervention on the ground level – it is not, and does not aspire to be, a purification of the artistic process into something beautiful, and sellable for an audience. Likewise, selectors are not somehow ‘right’ in their selections. Rather, we shape the situation in a particular way – we offer a direction. 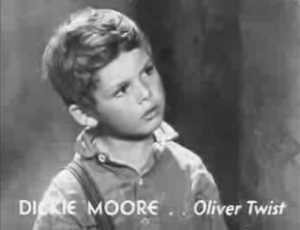 I have seen other organisations such as Onassis adopt a ‘no rejections’ policy as a radical approach to circumventing entirely the politics of selections – opting instead for a radically inclusive curation that emphasises community-building and solidarity, which includes even those not selected. In a situation where the foundations of performance arts – togetherness, assembly, human contact – are in the process of disappearing, this seems like a valid option. Participating in this cut-throat race to the bottom seems absurd in a destroyed situation – where 90% of income for performing arts has been destroyed, and with it traditions, practices, movements.

This is the perfect time to offer a Faki Festival that promises to provoke as much as is promises to salvage what is left of performing arts institutions, which have soaked up a lot of the rescue funding.

Stay tuned for the release of the Faki 24 schedule, complete with nightly online performances from 20.30 (CEST)!